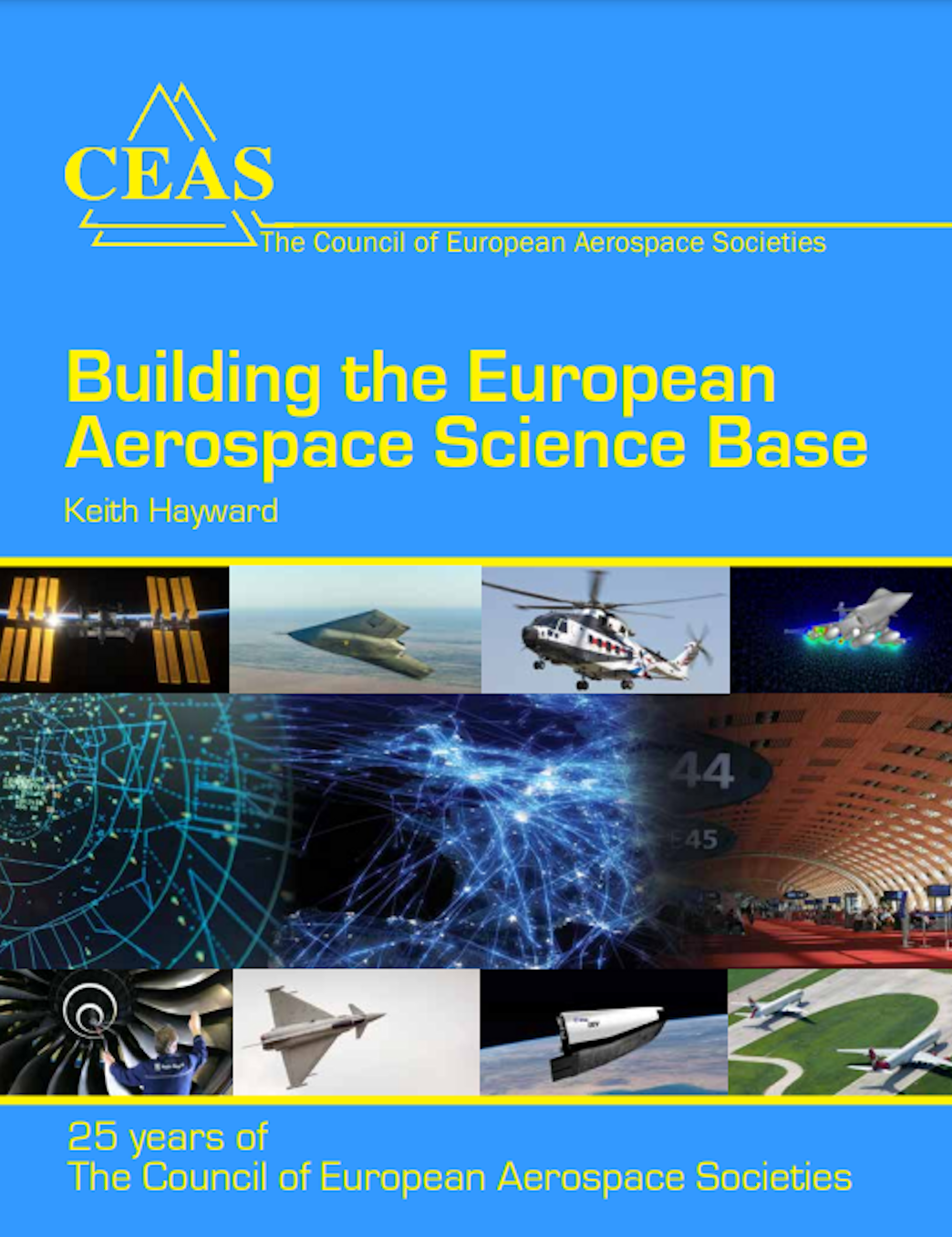 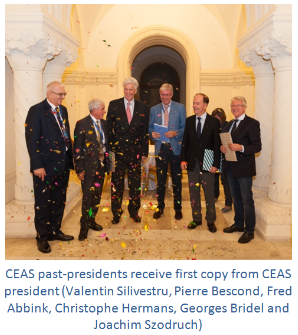 CEAS has celebrated its 25 year anniversary. In 1986, the Deutsche Gesellschaft für Luft- und Raumfahrt (DGLR), the Royal Aeronautical Society (RAeS) and the Association Aéronautique et Astronautique de France (3AF) began a series of regular meetings to review and discuss European co-operation issues. This led to a more formal organization when, 25 years ago at the 1992 Farnborough Air Show, the three organizations, along with Associazione Italiana di Aeronautica e Astronautica (AIDAA), launched CEAS. CEAS was formally instituted one year later at the Paris Air Show. In 1995, AIAE (Spain) and NVvL (The Netherlands) came on board, followed by FTF (Sweden) and SVFW (Switzerland) in 1996. These eight bodies formed the core of the original Confederation of European Aerospace Societies (CEAS). Since then CEAS has changed its legal status into a council, now with 13 national aeronautical societies representing roughly 35.000 individual aeronautical professionals all over Europe.

To celebrate the 25 th anniversary, a booklet has been published about the CEAS history, authored by Prof. Keith Hayward. First copies of the book were handed out on 16 October 2017 by the CEAS president Christophe Hermans to those CEAS past presidents present at the CEAS Aerospace Europe Conference 2017, being Georges Bridel (SWFW), Joachim Szodruch (DGLR), Pierre Bescond (3AF) and Fred Abbink (NVvL) as token of appreciation for their efforts towards CEAS. Also all delegates at the conference received the book as a present of CEAS.

From the booklet introduction:

“The Council of European Aerospace Societies (CEAS) is an international non-profit association dating back to 1993. Its primary aim is the development of a framework for encouraging co-operation between the major aerospace societies of Europe. Today it comprises 13 full Member societies and six Corporate Members and memoranda of understanding (MoU) with seven organizations.

However, a bold statement of aims and objectives and a list of prestigious partner organisations hides a more complex and fascinating purpose and history. CEAS plays an increasingly important role in stimulating and disseminating aeronautical and space research in Europe and in linking the Continent to a global scientific and technical community. It has also become a key element in encouraging and supporting future aerospace scientists and engineers and building an effective science and technology base for European industry.

On the occasion of the twenty-fifth anniversary of the institution of CEAS as Confederation, this book offers a global view of CEAS position and achievements in a more joint European aerospace sector, embracing science and technology, research and industry and fostering the knowledge dissemination and cooperation all over Europe.”