Joachim Szodruch has contributed in an outstanding way to the German, European and international aerospace community by motivating people and institutions to cooperate and by initiating powerful networks in an often visionary way. 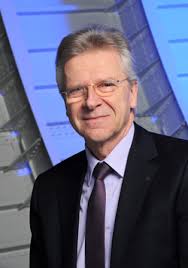 • Due to his ability of thinking and acting across borders – countries, subject matters, etc. – he
always managed to bring together a critical mass of the “right” people from the “right”
institutions to move forward together.
• He was very successful in bridging the gap between fundamental research and industrial
development to yield an efficient transfer of scientific progress into product advancements by
creating networks to foster cooperation. Even his career path closed the loop from science via
industrial R&T to institutional research.
• He advanced technologies such as laminar flow control for aerodynamic drag reduction, always
considering the impact on the overall aircraft and the air transport system.
• Joachim Szodruch has authored and co-authored more than 70 publications

He launched one of the first large European aeronautical research projects: “ELFIN” (European
Laminar Flow Investigation) in 1989. He successfully coordinated the associated large-scale, complex
wind tunnel tests with hybrid laminar flow wing models as well as flight tests of a laminar part-span
wing glove on a Fokker F100 aircraft. Thanks to his profound knowledge and diplomatic skills, he
mastered to lead this European cooperation with partners at universities, research establishments
and in the industry to a world-wide respected success.

After some 20 successful years within the aerospace industry, he became member of the Executive
Board of DLR and embedded DLR even more into an international network. Together with Fred
Abbink (NLR), he fostered the German-Dutch relationship in the field of Air Traffic Management by
founding AT-One in 2007. He played a key role in the acquisition of the Airbus A320 “D-ATRA” for
the DLR research fleet in 2008 as a modern and flexible flight test platform setting a new benchmark
for flying test beds in European aeronautical research. As a very active member and co-chair of
EREA, and a very passionate co-founder of IFAR, the worldwide network of government-supported
aviation research establishments, he actively promoted cooperative aviation research across borders.

Joachim Szodruch became a key player within the activities of ACARE. He was acting as co-chair
together with François Quentin for several years and was jointly responsible for the Strategic
Research Agenda to achieve the goals of the Vision 2020.

During his presidency of DGLR he initiated the transition towards a more modern aerospace society
with increasing membership. He was and still is quite creative and successful in attracting younger
people to aerospace and into the DGLR as part of CEAS. As CEAS president he launched the CEAS
Aeronautical and the CEAS Space Journal in 2009. Furthermore, he managed to attract very
successful conferences to Germany, e.g. the IAC5 2003 in Bremen, the ICAS congress 2006 in
Hamburg, and the first CEAS conference 2007 in Berlin with more than 1000 participants.

Joachim Szodruch was born in Ebingen, South Germany, in the
year 1945, but grew up in Berlin.

He graduated from the Technical University Berlin in 1971
followed by a post-graduate study at Cambridge University, UK.

1973 – 1977 Scientific assistant at the Aerospace Institute of the Technical University Berlin, where
he obtained his doctorate (Dr.-Ing.) in 1977.

2001 – 2002 Vice President Research and Future Projects at Airbus in Toulouse.

2002 – 2010 Member of the Executive Board of the German Aerospace Centre DLR (Deutsches
Zentrum für Luft- und Raumfahrt) in Cologne, particularly responsible for Aeronautics
and – until 2007 – Energy. Within this function he was also a member of the
Supervisory Board for the two European wind-tunnel organisations DNW (DeutschNiederländischer Windkanal / German-Dutch Windtunnel) and ETW (European
Transonic Windtunnel).

Since 2003 Honorary Professor for Aeronautics at Technical University of Berlin.

Mentioned below are some of his chairman- and memberships:
2001 – 2009 President of the German Aerospace Society DGLR.
2009 & 2010 President of CEAS.
2003 – 2004 Chairman of EREA (Association of European Research Establishments in Aeronautics).
2005 – 2011 Co-Chairman of ACARE (Advisory Council for Aeronautical Research in Europe).
He was founding chair of IFAR (International Federation of Aerospace Research Organisations).
He is since a long time Member of the Programme Committee of ICAS (International Council for the
Aeronautical Sciences).
He is Associate Fellow of AIAA (American Institute of Aeronautics and Astronautics).